The Augmented Reality application I designed is based on the interaction with photo-realistic simulations of daily objects instead of the stylised icons and symbols we use today.

The design is based on virtual objects that allow for an intuitive handling but are not bound to physical laws. This principle gets rid of anything screen-like and creates a perfectly merged experience out of the real and the virtual environment.

The Visualisation assumes that a perfect imitation of real life objects will be reached. This rises the question if it would be undesirable that real and virtual objects could not be told apart anymore. Would be something missing, if the virtual world has no visual language of its own anymore?

I visualised my idea as a quick guide for the system that shows its basic functionality. 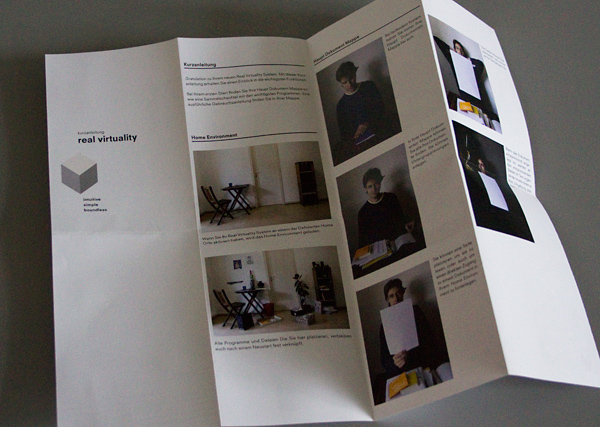 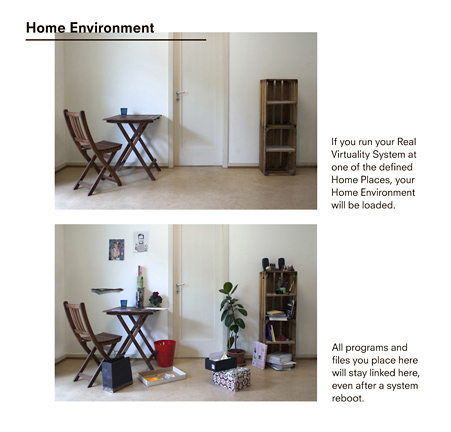 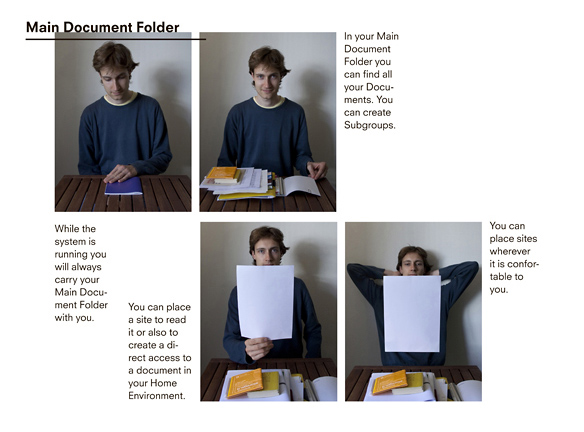 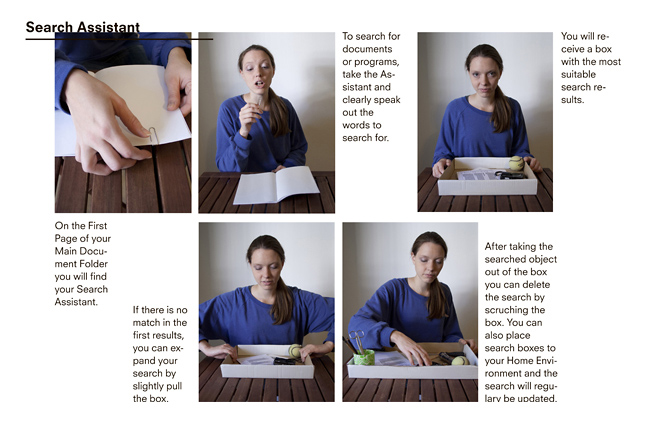