Augmented reality is already used in some applications that we are familiar with, such as Snapchat and Instagram face filters or Pokémon Go. As a graphic designer–to–be I’m curious about how augmented reality can be used in design and especially in visual communication.

Are there already posters that use augmented reality? If yes how do they communicate and how is augmented reality implemented? Does it add more value or sense to the work itself or is it just something that looks good? And will it be something for the common eye or just a cool gadget for designers?

I created a poster for a fictional lecture series, which will be held in the HGK Basel in the autumn semester 2020. The lecture’s topic focuses on “exploring the realm of augmented reality” and is entitled “between realms”. Following fictive lecturers will be holding lecture-talks:

I focused on the readability of the posters with certain 3D-structures that are in front or within the typographic area of the poster. In a way it is already interactive – so that some information, as the five fictional lectures, becomes visible and can be explored by walking around the poster. My goal was to explore the realm of augmented reality in poster design and find its aesthetic potential. 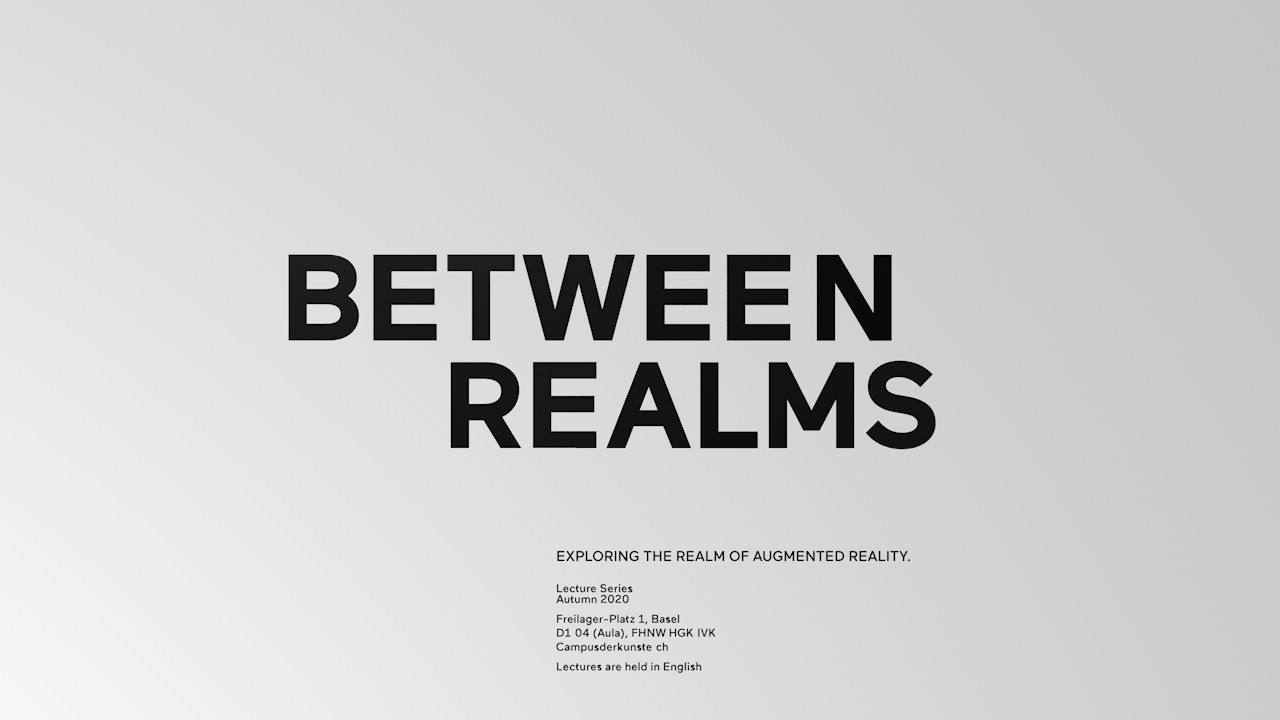 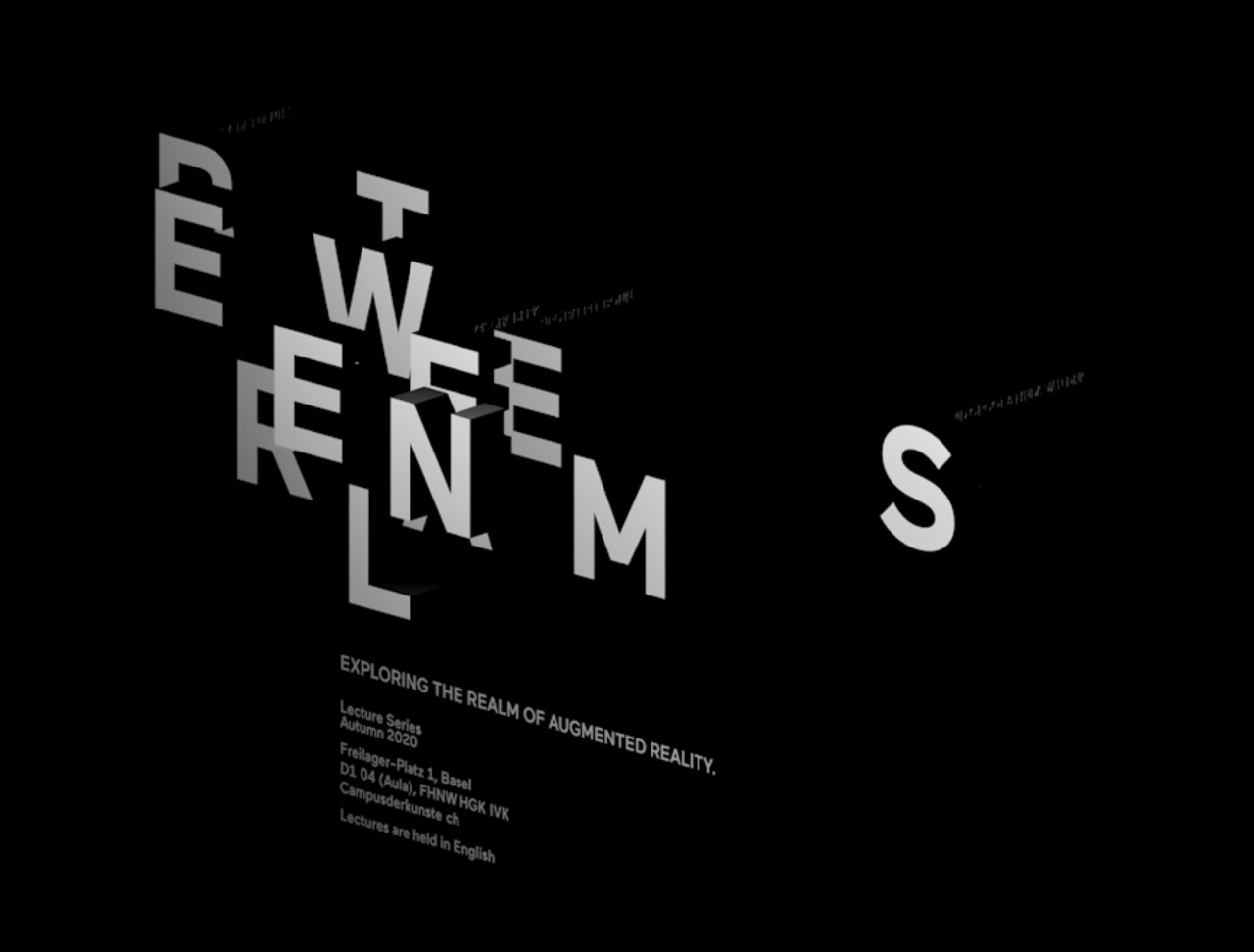 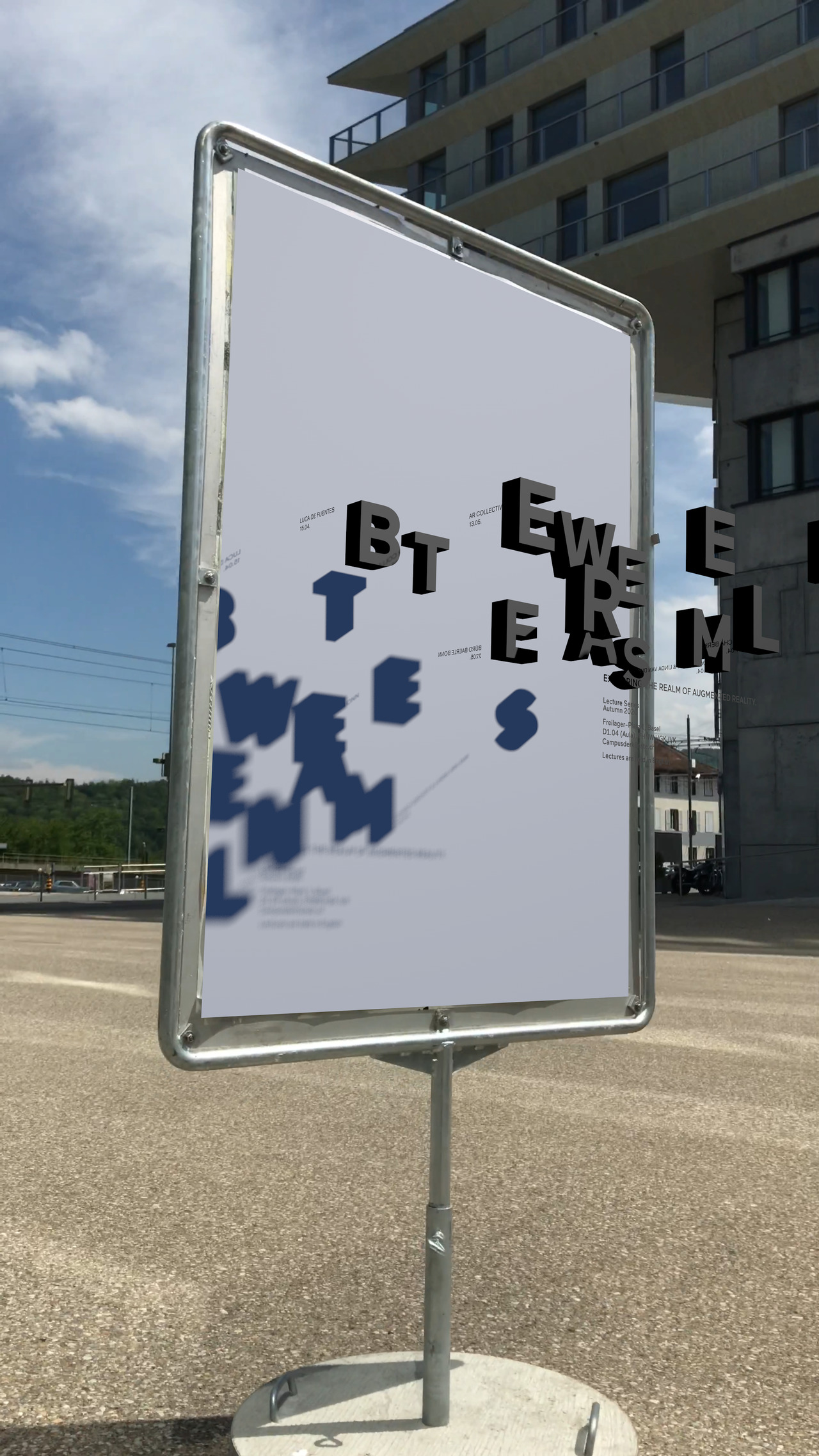 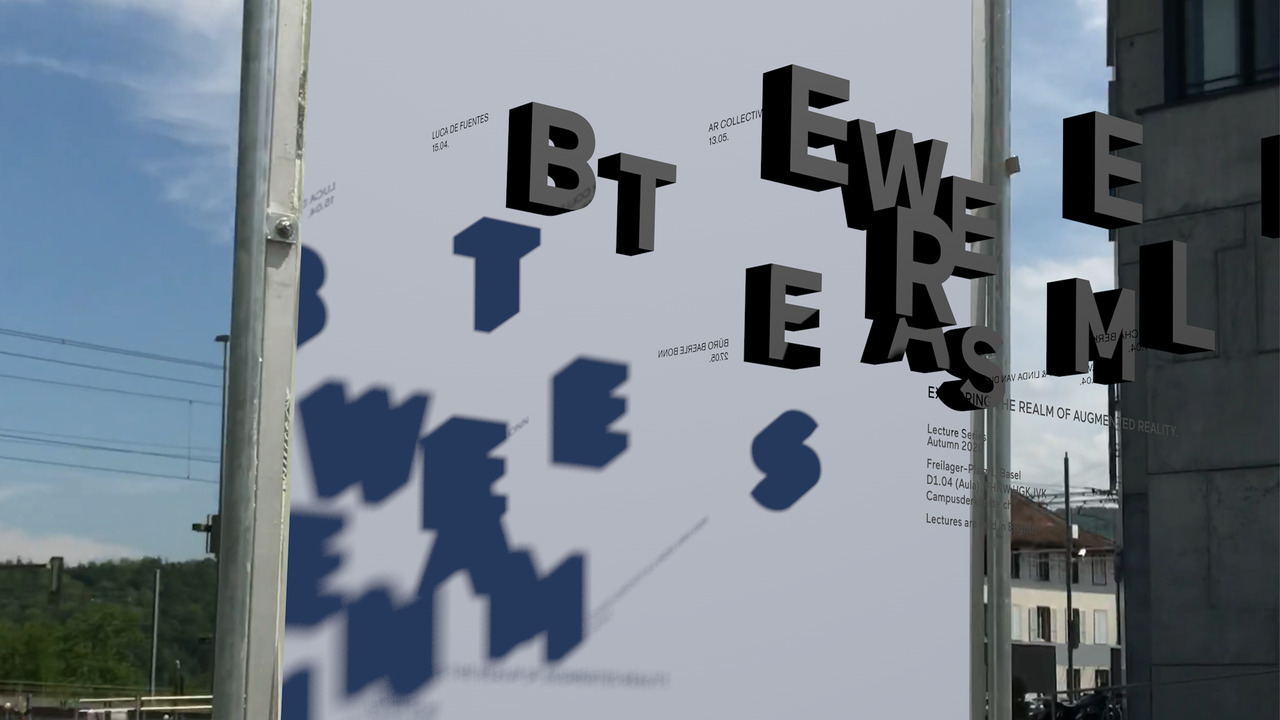