With this project each screen on the facade turns into an eye, becoming a part of a wall-bound organism watching the street below. Its behaviour is controlled by a Processing program. The eyes can follow a generative target or react to people's movements on the street, which are detected by a camera input.

This project wants to break the one-sided relation of publicly installed video. The screens are watched by all passers-by without being noticed themselves. Rather unexpectedly, the screens are now staring back.

«Im Blick» exemplifies the fact that we are really under daily surveillance by artificial eyes while we are in public space. 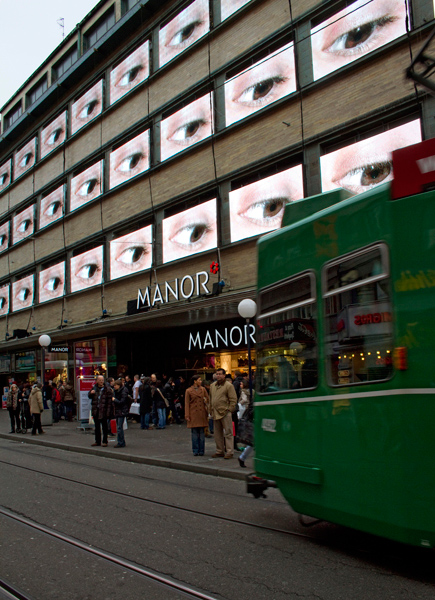 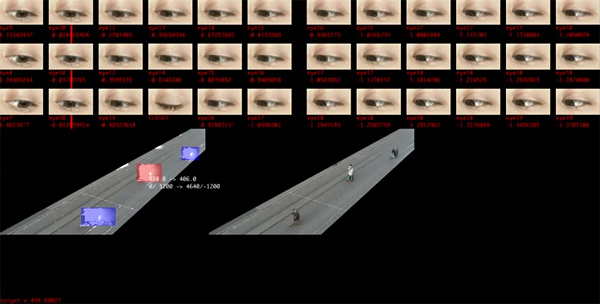 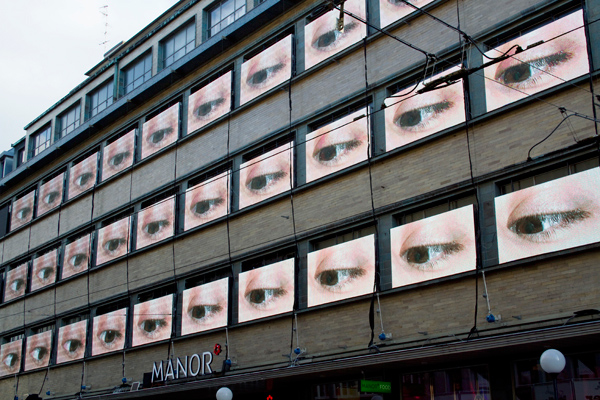