The interactive project Public Opinion is a mockup to a previous augmented Reality brief. The idea of this augmented reality was that in future people will be able to influence and expand their direct environment by drawing or writing. It will be possible to leave drawings, writings or information, which can be seen and modified by other users. The Public Opinion project at the Manor facade continues this idea. It is a first test run of this vision. We understand this work as an attempt of a democratic cultural practice, which allows the citizens to influence the appearance of the warehouse with the help of a mobile touchscreen. They can leave handwritten and drawn messages for other passers-by. 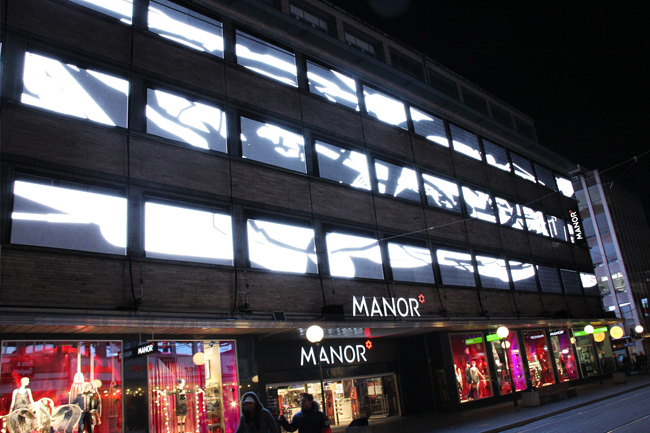 not as easy as it looks, drawn pattern on the screens 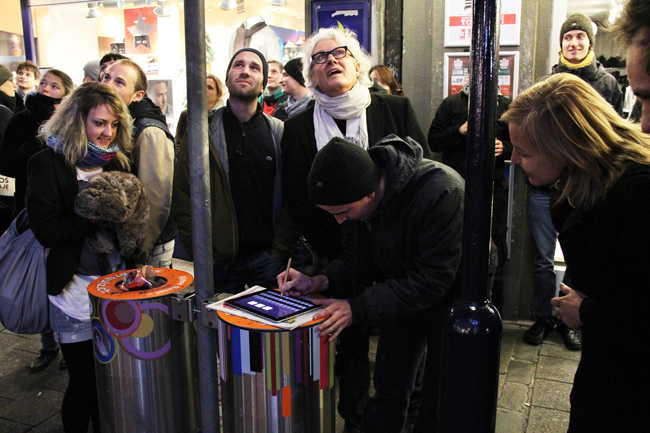 first drawing attempts at the vernissage 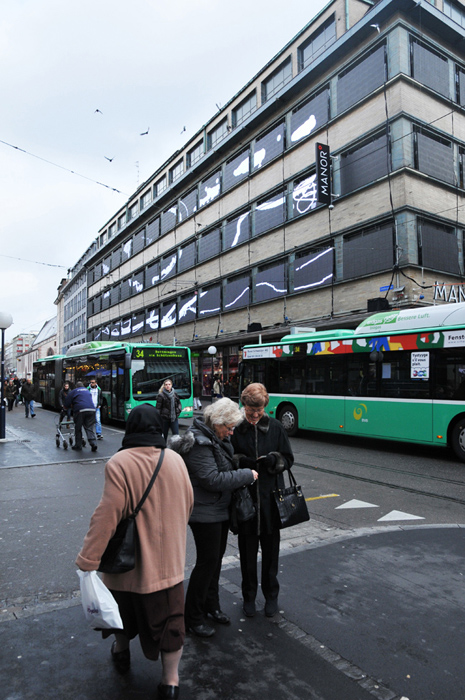