During the seminar Nature/Data we started experimenting with different visualisations of natural phenomena. We were both intrigued by explaining natural occurrences in unconventional ways and using sound felt logical to both of us because it could be seen as natural data input or a way to visualise natural phenomena. So both of us experimented with different audiovisual interpretations of nature. After the initial experimental phase we decided to work with Tsunamis and concentrated on some of the major events of the past decade or so:

We received the seismic data from the “Incorporated Research Institutions for Seismology” and with the help of a software called “Sonifyer” we were able to produce audible frequencies from the seismographic data. Afterwards, we visualised the different Tsunami soundtracks with a modified version of an existing processing script: openprocessing.org/sketch/6598. The idea was to create an audio reactive script where one could see the epi centres of the Tsunamis, how the audio waves and the tsunami might have reacted to the shorelines of the map and boundaries of our frame (i.e. the exhibition sculpture). For our exhibition we broke out from our extremely clinical view of the data we were using, and decided to apply some artistic freedom to create an experimental piece of music with the sounds that we had produced. 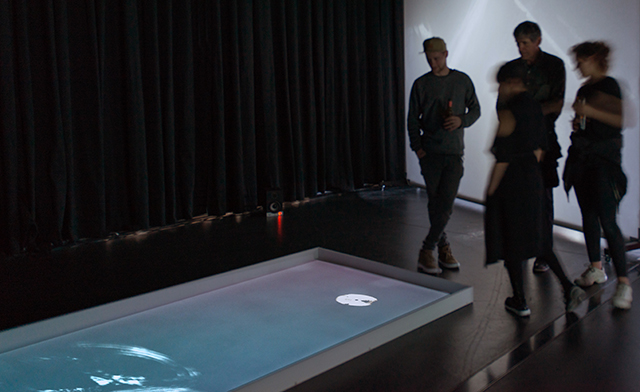